Our monthly feature The India Box Office Report tracks the performance of the various films released every month at the Indian (domestic) box office. Monthly reports are published on this website in the third week of the following month. If the numbers for your film do not match those in our report, we will be happy to get information from you on the same, and update the report. Our email ID is mentioned at the end of this report below.

How to read the numbers in this report?

Different language industries follow different reporting conventions (Gross, Nett or Share). We have used Gross Box Office as the unified measure for this report. For films releasing in multiple languages, collections are added up across languages to arrive at the film’s Gross Box Office at an all-India level.

Some films may be running in theatres at the time of publishing this report every month. For these films (e.g., Thiruchitrambalam in this report), Gross Box Office is estimated based on the latest trends available. Hence, it is normal that some numbers may be updated in the following month’s report, once actual collections have been estimated.

Numbers for a film are assigned to the month of its release, even if the business is spread over two or more months. For example, RRR released on March 25, 2022, and a sizeable component of the film’s business was registered in April. However, in the analysis, RRR’s entire box office has been credited to the month of March.

Films released in October 2022 grossed ₹ 772 Cr at the domestic box office. Kantara was released only in Kannada in September, and in other languages (Hindi, Telugu, Tamil & Malayalam) in October. Its box office has been assigned to September and October accordingly.

The chart below lists the top 10 films released in October 2022, based on their box office performance in India. Kantara's box office gross is from all languages, including Kannada, in which the film was released in September.

Kantara is the dominant film of the month, and the only film to cross the ₹ 100 Cr mark. Of its cumulative expected box office of ₹ 346 Cr, about 47% is expected from the Kannada version, while the remaining 53% is expected from other versions, led by Hindi. The film now features no. 3 on the annual 2022 list, behind K.G.F: Chapter 2 and RRR.

Language share fluctuates at a monthly level, depending on the big releases that month. Hence, we report language shares based on year-to-date numbers (Jan-Oct 2022 in this case). For this calculation, language-wise box office of films releasing in multiple languages is assigned to the corresponding language. However, for Hollywood, the data for all languages is reported under the language head ‘Hollywood’. 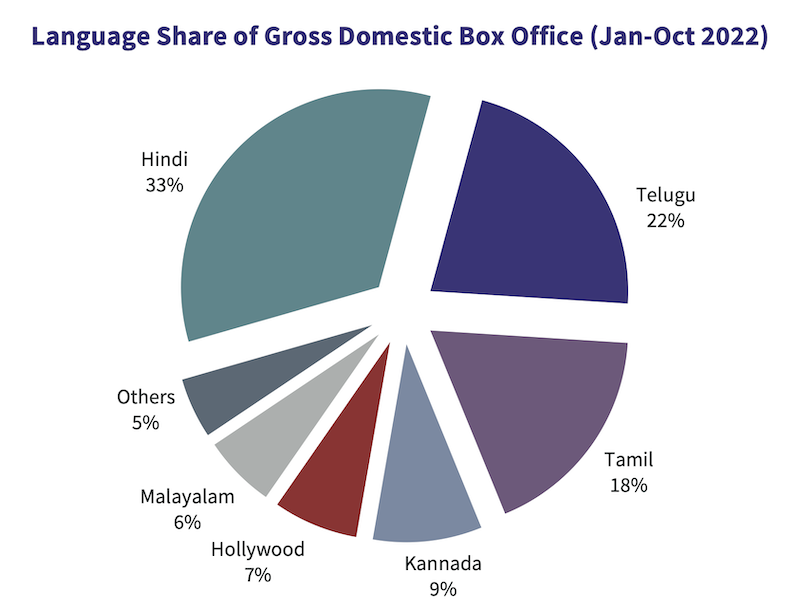 With two big successes (K.G.F: Chapter 2 and Kantara), Kannada language is at an all-time high share of 9%, which is almost twice its share in 2019. 37% of Hindi box office this year has been generated through Hindi dubbed versions of Telugu, Tamil & Kannada language films.

For feedback and inquiries, you can mail us at reports@ormaxworld.com. 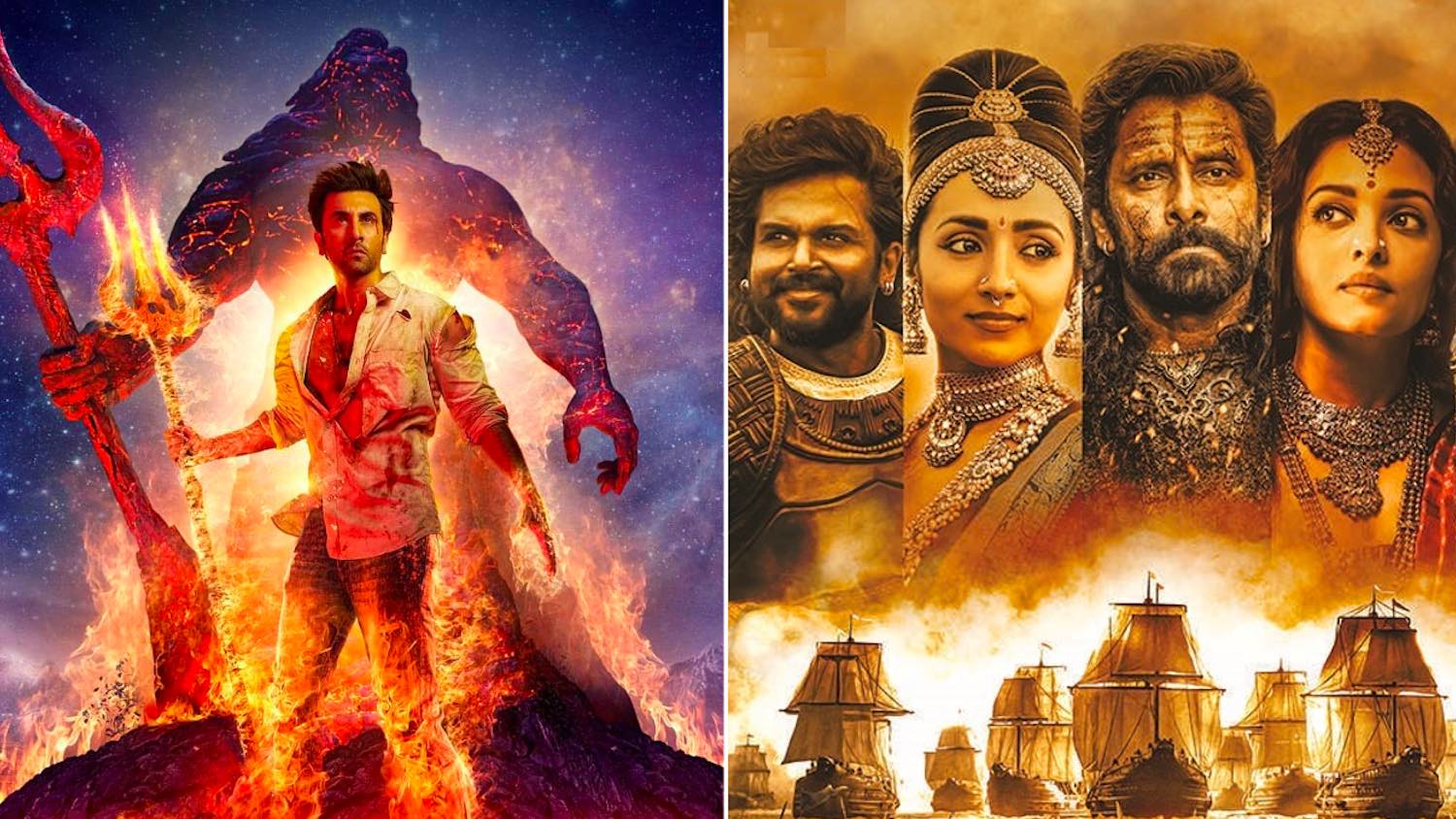 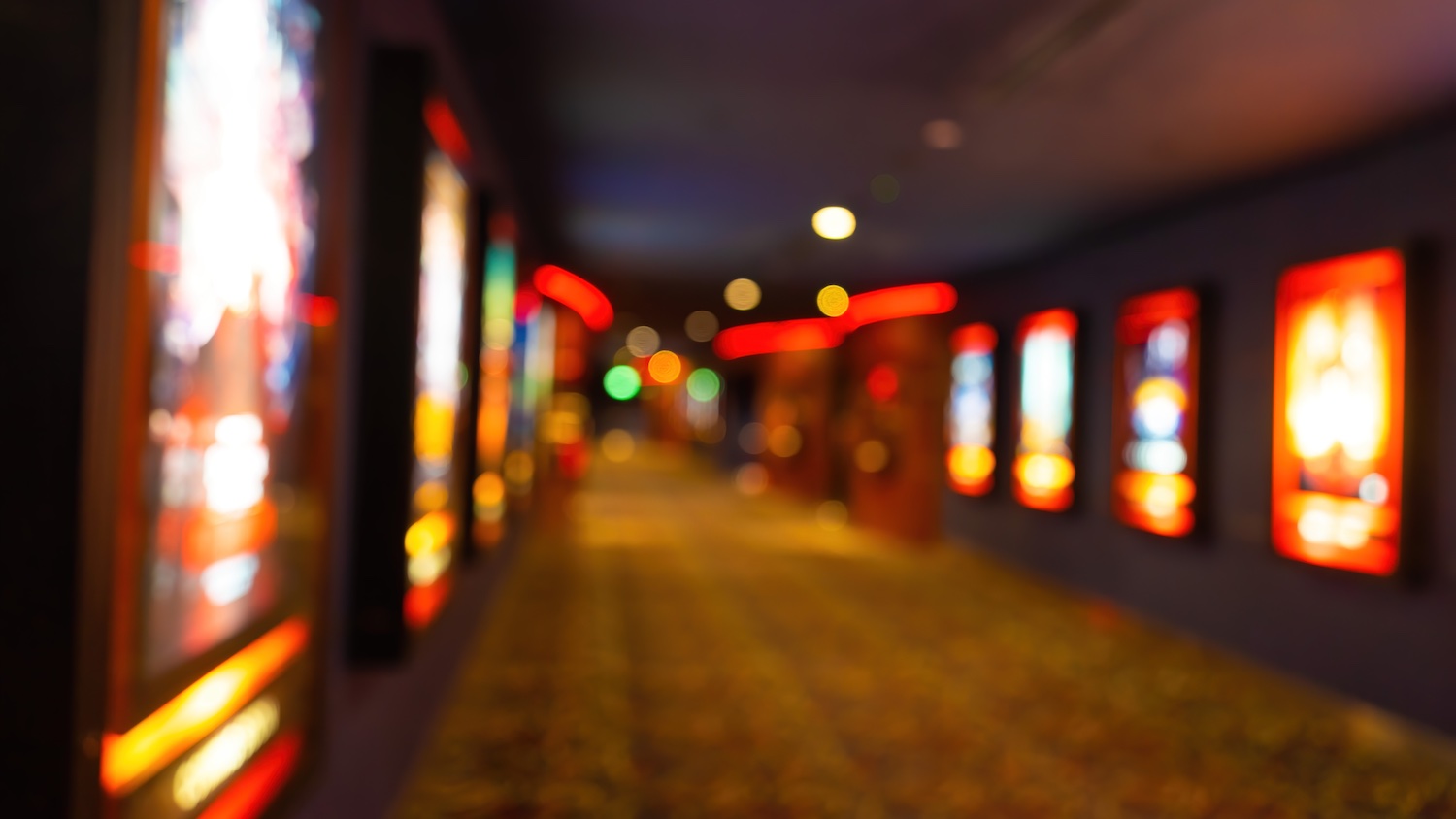 What will it take for Hindi film industry to get back on its feet in the post-pandemic era? 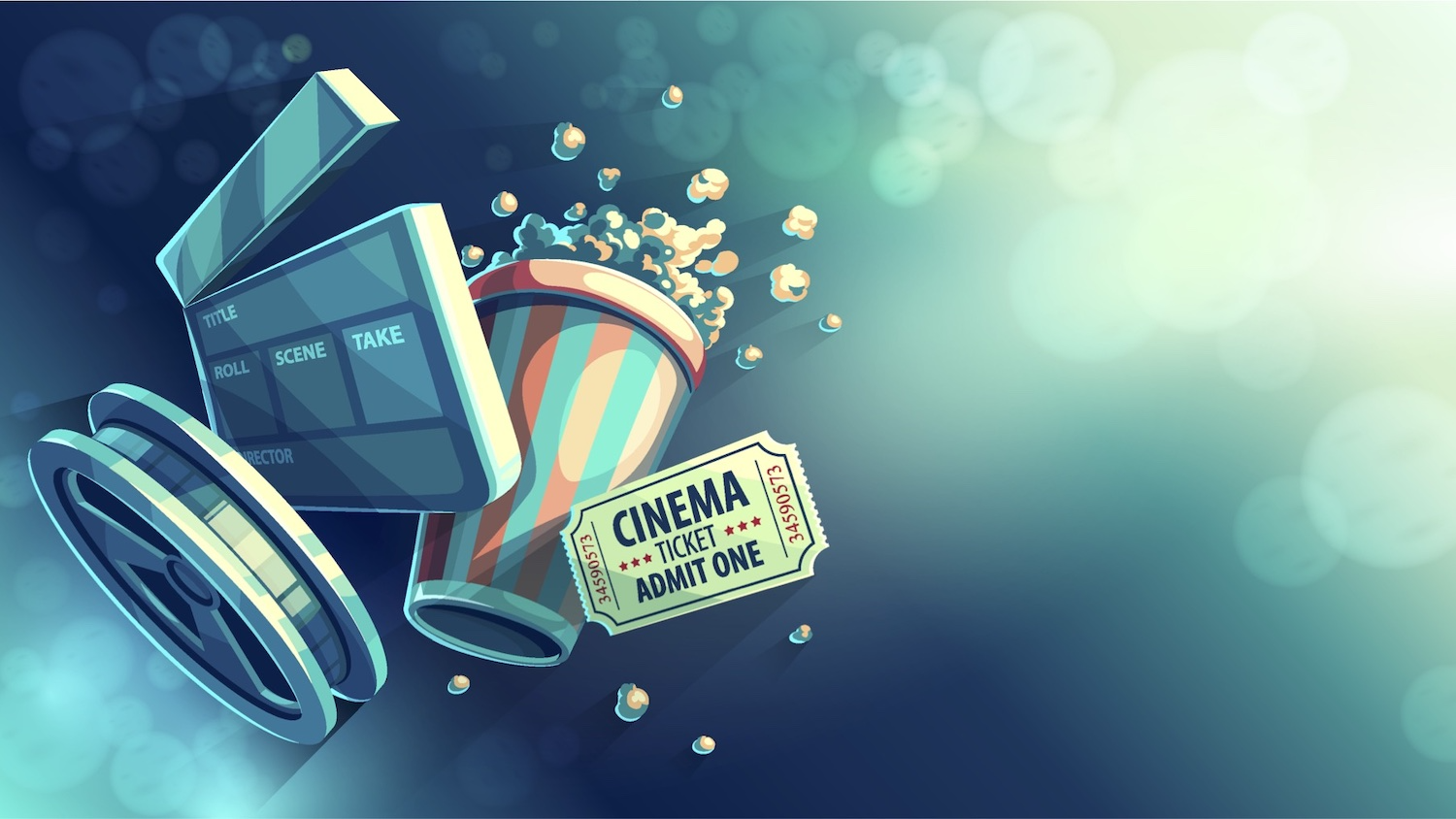 To account for evolution in audience taste because of the pandemic, engagement drivers used in Ormax Moviescope and Ormax First Draft have been updated in September 2022