Who are the most popular male and female film stars in India, across languages? Based on analysis using data from our long-running track titled Ormax Stars India Loves, we have the answers!

We have been publishing our monthly Ormax Stars India Loves (OSIL) reports since 2010. For the first eight years, these reports were limited to Hindi film audience. From 2019, we added more languages to OSIL, starting with Hollywood, Tamil and Telugu, and eventually expanding to nine languages, by adding Kannada, Malayalam, Marathi, Punjabi and Bengali in 2021.

We publish OSIL reports monthly (for Hindi, Hollywood, Tamil, Telugu, Kannada & Malayalam) or quarterly (other three languages), and post the top male & female stars lists on our social media handles. These posts, especially those on the South markets, are widely shared and discussed.

Over the last six months, with the emergence of the ‘pan India film’, and the huge success of Pushpa: The Rise, RRR and K.G.F: Chapter 2 in the Hindi markets, we have been asked what an all-India list of most popular film stars would look like. This question is both relevant and fascinating in equal measure. We are happy to share that in addition to the individual language lists, we will be publishing all-India lists of top 10 male & female film stars on social media every month, starting with data collected in April 2022.

For methodology details, scroll to the last section of this article. 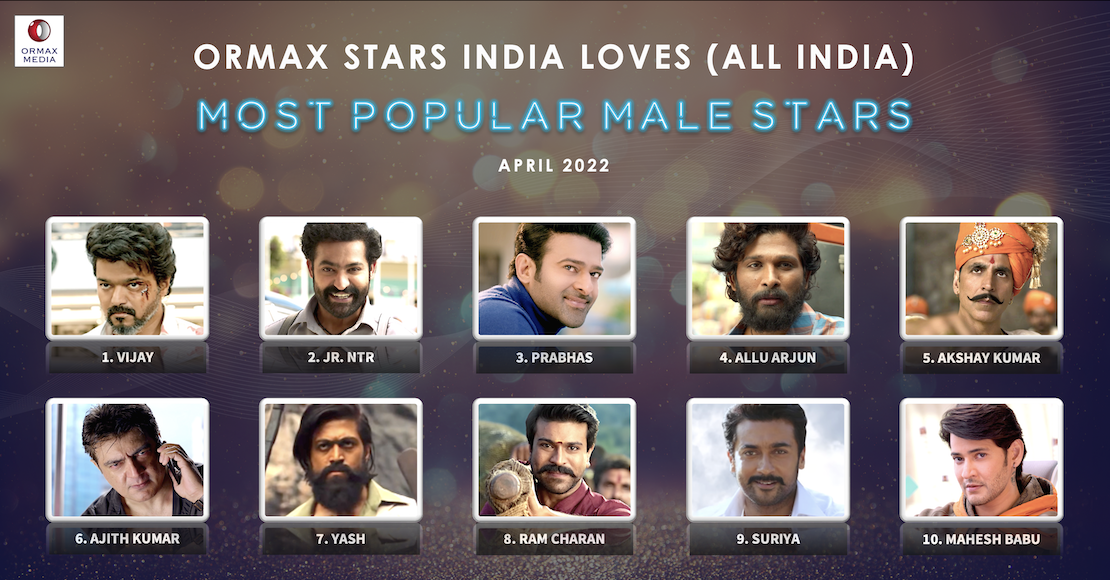 5 Telugu, 3 Hindi and 2 Tamil stars make the top 10 female stars list. However, cross-language popularity is more prominent among female stars compared to male stars. Rashmika Mandanna features in the OSIL reports for four languages, while Samantha, Nayanthara, Keerthy Suresh and Pooja Hedge feature in three languages each. Among male stars, Yash features in four languages, and Allu Arjun in three. No other male star has a threshold popularity share in more than two languages. 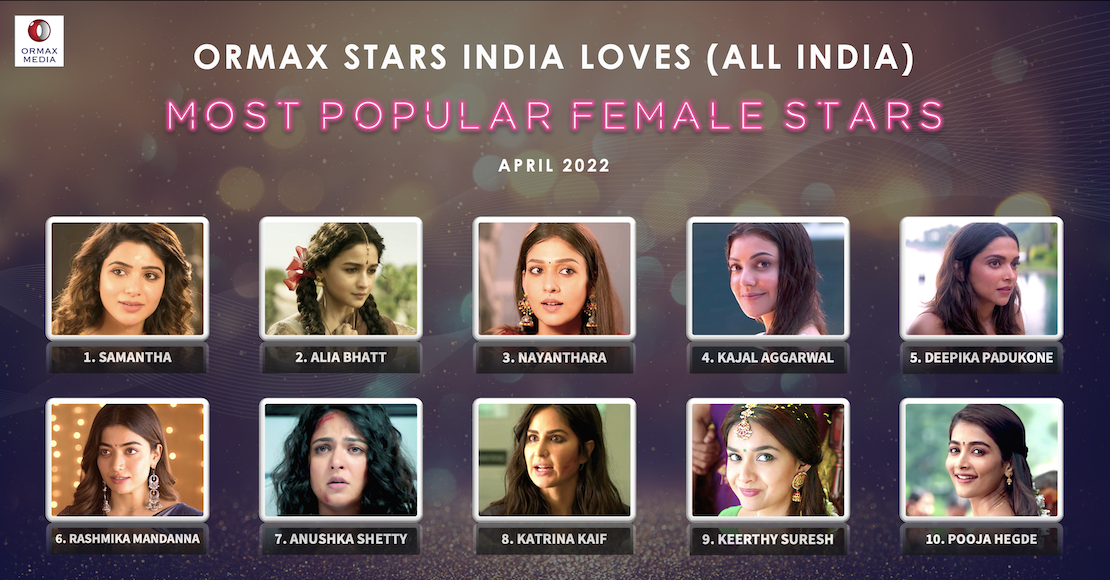 In Ormax Stars India Loves, regular theatre-going audience in each language are asked to name their top 2 favorite male and female stars in that language. Audience watching films in multiple languages are asked to name their favorite stars in each language separately. The total sample size covered across languages every month is more than 10,000. The target group spans metros, mini metros and small towns, in proportion of their contribution to theatrical footfalls over the last two years. Similarly, gender and age (15+ yrs.) weights are based on contribution to theatrical footfalls. The data thus collected is used to generate the language-specific OSIL lists.

To arrive at the all-India list, each language is assigned a weight, with which the OSIL popularity share of all stars in that language is multiplied. These are two components to this weight: the Market Size component and the Gender Skew component.

The Market Size component is simply the theatrical footfalls coming from each language market over the last two years. Hence, languages contributing more to national footfalls will get assigned a higher weightage than others. Our other reports, such as this, have more information related to language-specific footfalls. If an Indian film (e.g., K.G.F: Chapter 2) releases in multiple languages, footfalls from each language are assigned to that language, in the Market Size weights calculation. However, for Hollywood films, all the footfalls are clubbed under “Hollywood”, which we treat as a “quasi language” in our box office work.

The Gender Skew component is a bit more complex. In OSIL, we ask each survey participant to name two male stars and female stars each. Hence, we are not ‘pitting’ male stars against female stars in OSIL. But when we are merging lists across languages, an important question arises: What is the gender breakup of “favorite star”, and does this vary by language?

To answer this, we conduct a parallel survey every year, where we ask participants to name their most favorite film star (in that language), irrespective of their gender. In the recent round conducted, 77% Hindi audience picked a male star, while 23% picked a female star. This proportion was even more male-skewed for the South languages, in the 81-87% (male stars) range.

These proportions become the Gender Skew component. To take an example, if two female stars have the same popularity share (after applying Market Size weights) in Hindi and Tamil OSIL reports, the effective all-India popularity of the Hindi star would be higher, as Hindi audience are more inclined to pick a female star as their favorite, compared to a male star.

As an aside, we are often asked if the OSIL lists are based on box office data, social media presence or endorsements undertaken by film stars. The answer is that they are not. All OSIL reports are based on primary research, where audience are asked to name their favorite stars. Their choices may get impacted by the three factors listed above. But we do not explicitly account for these factors. These factors must cut through to the audience, and reflect in their favorite star choices, to have an impact in the OSIL reports. 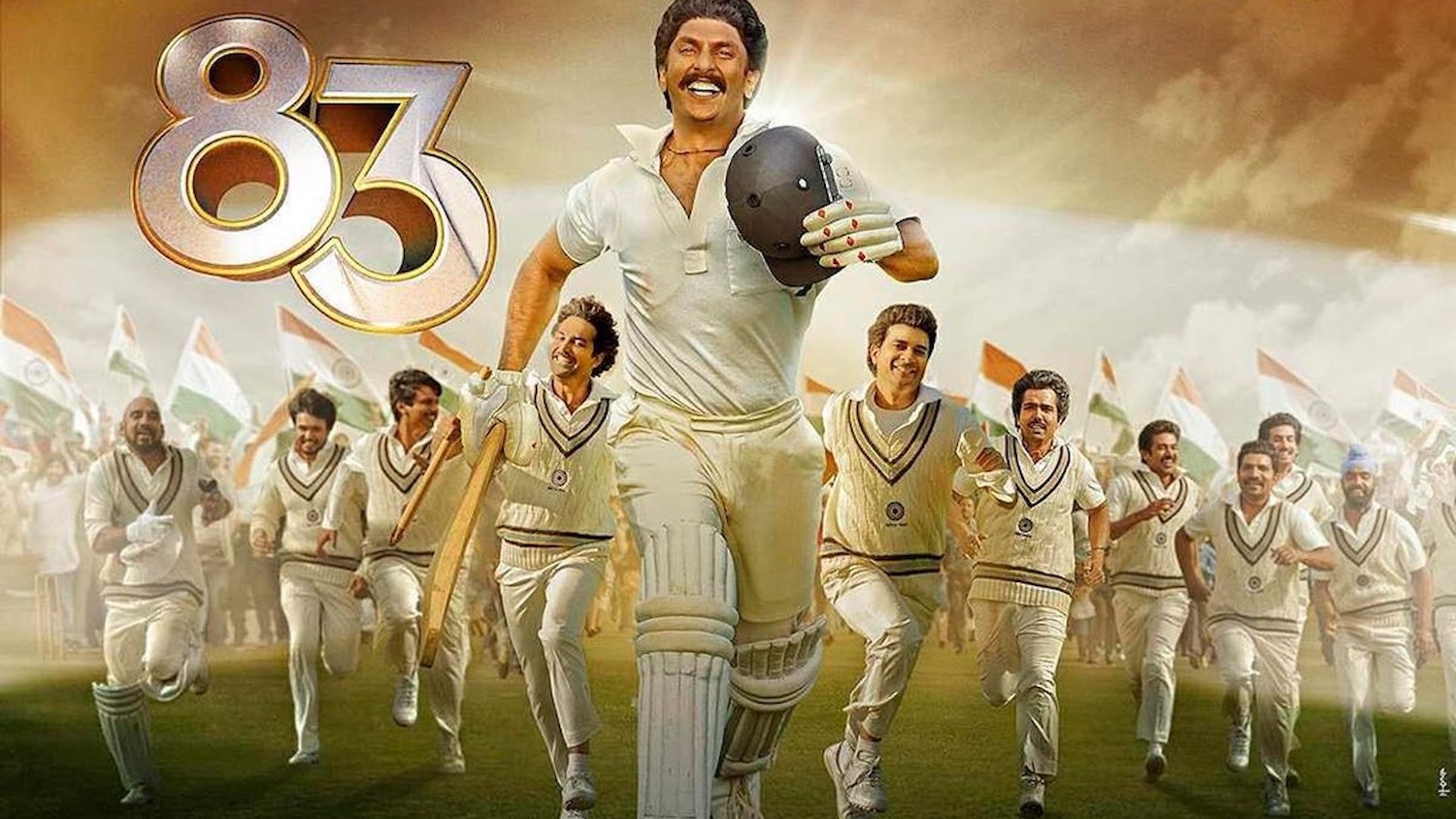 Six months after the film's release, this analysis looks at how the overuse of the English language may have severely curtailed the box office business of the film 83 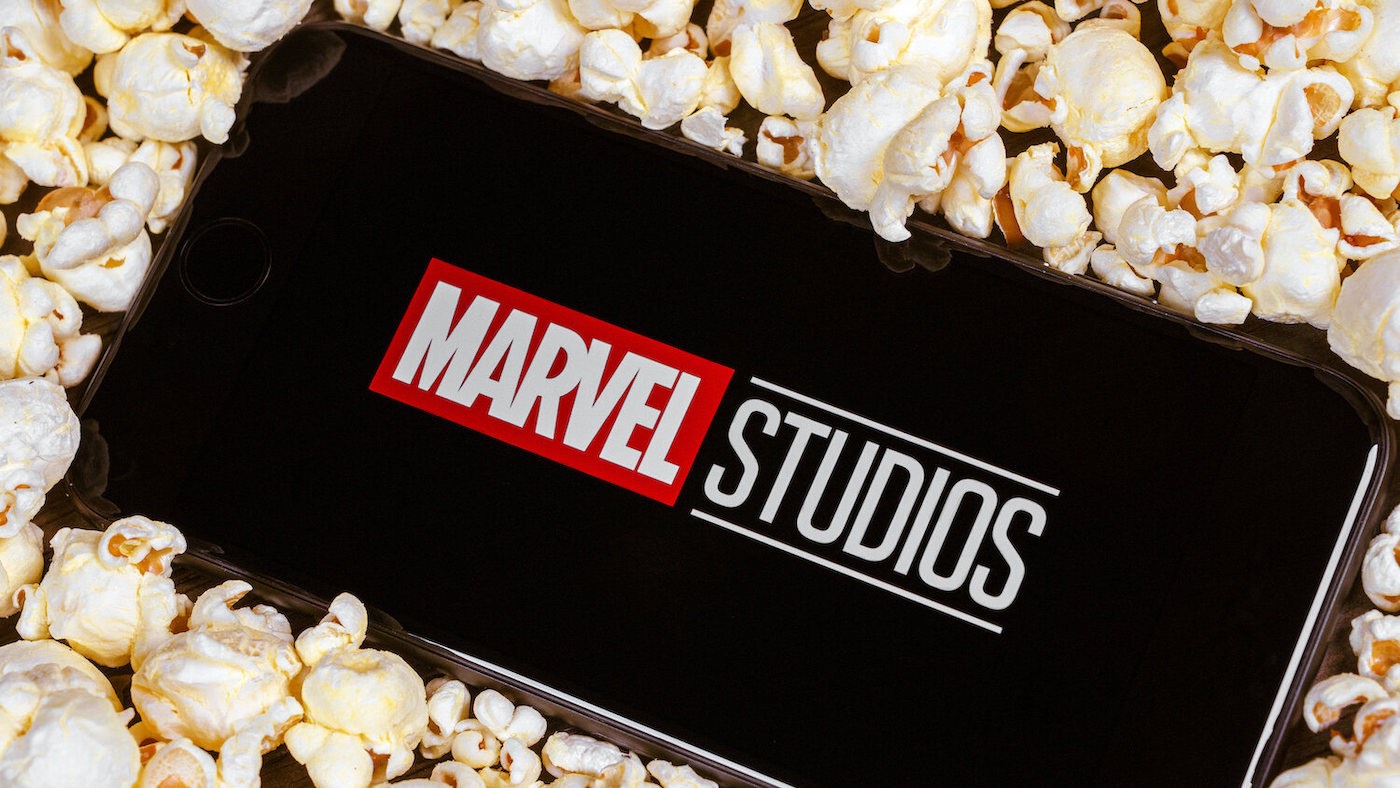 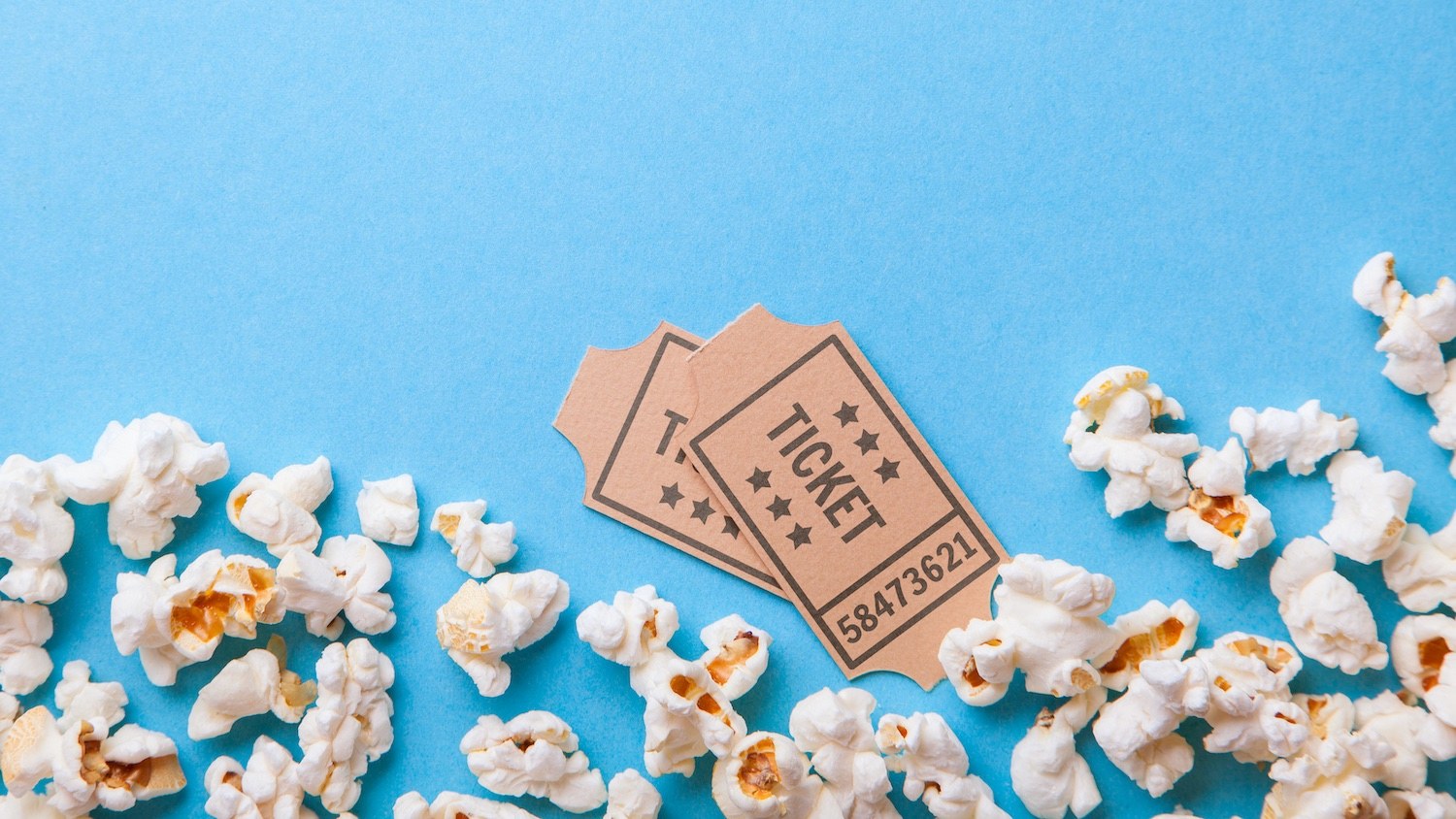 India is back... at the theatres